Originally from Tokyo, and now based in London, Anchorsong AKA Masaaki Yoshida is a highly-fêted producer, and solo live act, renowned for crafting immersive and rhythmic releases.

Anchorsong has become globally recognized for his unique live shows, which many people have described as “like watching a painter drawing on a white canvas”. He creates electronic music entirely live using an MPC2500 and keyboard, right in front of the audience. While he mainly performs solo, he frequently augments this setup with a string quartet, for a genuinely spellbinding show.
Early on in his career, Anchorsong wowed the crowds at SXSW and found himself the subject of increased attention, going on to make several appearances on BBC Radio 1 with radio play from Rob Da Bank and a live Maida Vale session for Huw Stephens’ In New Music We Trust show in early 2010. Having put out three successful EPs in Japan, all of which were released as double packs containing a CD and a live DVD, Anchorsong’s international debut, ‘The Lost & Found EP’ was released on his own label, Case Study.

Masaaki dug deep into the roots of 70s African music on ‘Ceremonial’ while taking inspiration from 70s and 80s Bollywood film soundtracks and traditional Indian percussion on ‘Cohesion’ – a psychedelic, danceable and free-spirited listen that blurs rhythm and melody.

Praised by the likes of Gilles Peterson (BBC 6Music/Worldwide FM), Karizma, Osunlade, Huw Stephens (BBC Radio 1) and Craig Smith, Anchorsong has commanded support from BBC 6Music, being playlisted with his hit single ‘Testimony’ and featured on their Album of the Year’ list in 5th place with ‘Cohesion’, which as a result was listed as Album of the Day. The unabashedly talented musician has achieved heavy press coverage from the likes of XLR8R, Clash, Magnetic Magazine, Pop Matters, Bandcamp Daily, NME Japan, and Rolling Stone Japan, with print reviews from Q Magazine, DJ Mag, and Songlines (which named it as their ‘Top of the World’ album), and airplay across BBC Radio 1, BBC 1Xtra, BBC Asian Network, Worldwide FM, Radio X, FIP, and KCRW.

Since his relocation from Tokyo to Europe, Anchorsong has supported artists such as Bonobo, Portico Quartet, DJ Krush, Daedelus, Jaga Jazzist, and performed at prestigious venues including Queen Elizabeth Hall and Camden Roundhouse in London. Other highlights in his career include performing a live session on Gilles Peterson’s Worldwide FM, putting together a mix for Tom Ravenscroft (BBC 6Music) hosting a show on NTS and taking on the challenge of FACT Magazines ‘Against The Clock.’ He has also played gigs and toured internationally across the UK – including festivals such as Glastonbury and Shambala, Europe, Asia; played high-profile US shows including Las Vegas’ Further Future festival and LA’s Low-End Theory; and performed sets for Boiler Room, Red Bull Tokyo, and the BBC 6Music Festival.

Through the release of his last two albums ‘Cohesion’ and ‘Ceremonial’, Anchorsong has solidified his place as an established name in the electronic music scene; touring with a string quartet and live AV show, grafting unforgettable immersive live experiences out of the material from his back catalog.

Check out a live session of their tune “Ancestors.”

Anchorsong
I Like It !!!
This is something different and that I could listen to often. I purchased the song and added it to my playlist. What do you think?
Amazon
Download "Ancestors" by Anchorsong

Next
How To Listen Via TuneIn 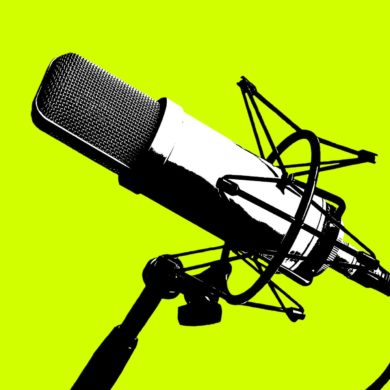