Aaron is also an LA-based session guitarist, TV and film composer and has been the guitarist and/or composed for such television shows and films as MADtv where he was the show’s guitarist for 14 years and co-composed the show’s latest theme, Half Past Dead 2, (Steven Seagal) Super Dave Osborne (Spike TV), co-composed the show’s latest theme, Chocolate News (Comedy Central), The Next Best Thing (ABC), The Starlet (w/Faye Dunaway) (UPN), 10-8 (ABC), The Jamie Kennedy Experiment (WB), Gary and Mike (UPN), The Ben Stiller Show (FOX), Sunday Night Comics (FOX). 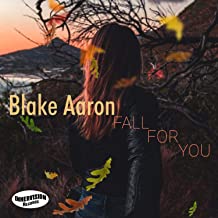 The debut release from Blake Aaron on Innervision Records, With Every Touch 2001, included guest appearances by Eric Marienthal and David Benoit. Three singles from this CD stayed in the Top 50 on the Gavin/SmoothJazz.com charts for 8 weeks each.

“She’s So Fine,” the first single from his second album, Bringin’ It Back 2004, moved Blake into the forefront of smooth jazz by remaining in the Top 30 on the Radio and Records charts for 8 straight weeks. Two of the sophomore effort’s singles reached a spot in the Top 100 of the year on the R&R charts.

In 2007, Blake recorded and released his third Innervision CD, Desire. Singles included “Bumpin’ on the Wes Side,” and “Desire,” The Desire CD was in the Top 20 on the Radio and Records charts for 15 weeks, and No. 1 on the Indie Charts for 20 weeks.

Blake Aaron #2
Nice tune! Blake Aaron has moved up to #2 on my Smooth Jazz Top 20 Countdown for the week of February 15, 2020.
Down Load Blake Aarons, Fall For You 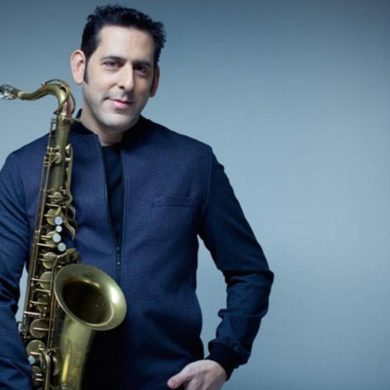