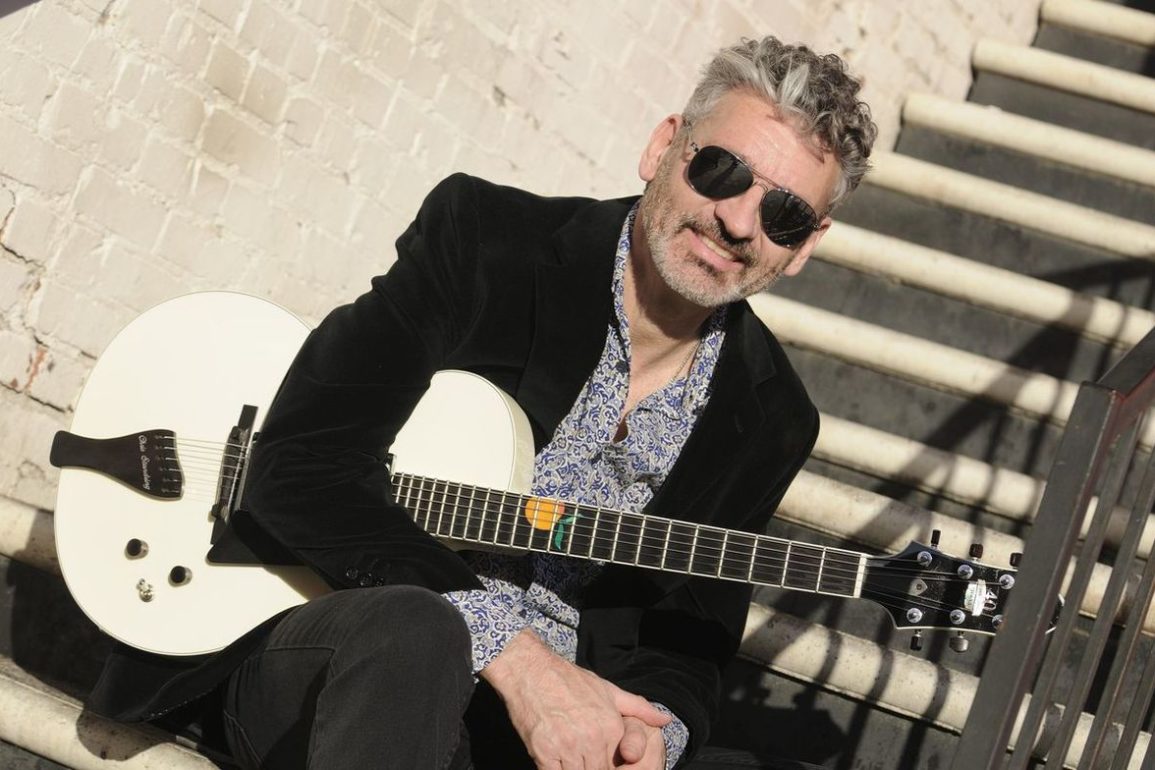 Is There a Doctor In the House?

Song
Is There a Doctor In the House?
Album
Real Life
Rank
11

Chris Standring (born December 1960) is a British jazz guitarist known for his heavy use of 1970s-style musical nuances. Before launching his solo career with his 1998 album Velvet, he represented a third of the band SolarSystem, a band that combined elements of jazz and hip-hop. 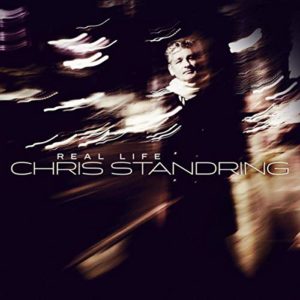 Over 15 years since first dazzling the contemporary jazz world with his breakthrough 1998 set Velvet, Chris Standring still revels in his restless creativity, discovering fresh, freewheeling and innovative ways to share his passion for groove, melody and dynamic guitarisma.

Celebrating the remarkable milestone of album number Ten – an ever-evolving catalog that includes the 2011 re-issue of his 1989 first indie recording Main Course (The Early Tapes) – he’s still got the cool, trippy sonics happening via a colorful fusing of the live instrument and DJ sounds. But this time, while keeping his melodies, rhythms and arrangements as infectious as ever, the British born, L.A. based hitmaker fashions them as the vehicle for him to unleash his deeper chops as a powerhouse jazz player and improviser. Soloing with a wild abandon he’s been holding back way too long, the longtime Benedetto endorsee introduces us to the latest love of his musical life, his new, gorgeous white Benedetto Bambino archtop jazz guitar.

“This time I wanted to keep the groove, but let the guitar be front and center and give myself a lot of space as a soloist, something I had not done on my last album,” Standring says, referring to his soundscape rich, electronica infused 2014 set Don’t Talk, Dance!, which scored the #1 Billboard chart hit “Sneakin’ Out The Front Door.” “This new guitar had a touch and sound that fully reflects the artist I am today and my desire to play jazz. So I gave myself some great solo section changes to improvise on and I allowed myself space to stretch out – but all in context within each song.”

Dovetailing perfectly into Standring’s romance with the Bambino is the life-changing experience of taking a lesson in 2015 with one of his all-time guitar heroes, Pat Martino. Standring was in Martino’s hometown of Philadelphia for a show and invited the legend and his wife to see the gig after spending part of the day together. Martino’s multi-decade career has been steeped in everything from post-bop and fusion to mainstream and soul-jazz. Having a deep conversation with Martino and listening to him play in an intimate, one on one setting planted a seed in Standring’s mind that he had probably been holding his true essence in throughout his entire career. Going into the lesson, he knew it might kick his a**, but he was looking for fresh new vibes to get excited about. Standring’s time with Martino led to the perfect breakthrough.

“I realized that I was a jazz guitar player capable of many styles beyond what I had been recording for years,” says Standring, who has also been conducting master classes of his own these past few years. “For way too long, I had been making excuses for who I am in an internal way. I thought back to growing up in London when it wasn’t cool to be the jazz guy, and that’s why I moved out to L.A. Being in Pat’s presence, connecting with the familiarity of the way he plays, absorbing his amazing stories finally made me realize that this is my true path. The experience was life-altering and kicked up my guitar playing into high gear.”

Over the course of Standring’s nine-hit albums since the late 90s and hundreds of live performances throughout the U.S., UK and beyond, he’s worked with some of the jazziest, funkiest musicians in the business. Becoming a great sonic architect and producer by necessity, he instinctively knows the perfect players to achieve specific sounds.

While Standring handles a lot of the keyboards and programming himself, he finds perfect guest spots for Rodney Lee (whose Hammond B-3 helps create an organ trio vibe on the hard-driving soul-fusion “Like This, Like That”), Jim Wilson (who adds acoustic piano elegance to the sensual and intimate “Carousel”) and Jeff Babko (who adds meditative depth to the easy shuffling “Magic Carpet Ride via his sparkling Fender Rhodes).

The guitarist also continues his playful fling with the quirky but highly expressive talk box, which he used on two tracks of Don’t Talk, Dance! Peter Frampton, Joe Walsh, and Standring’s hero Jeff Beck are masters, but it’s now a true jazz instrument thanks to Standring’s dynamic use of it on the mystical funk-driven opener “Ready Steady Flow” and the big bottom mid-tempo ballad “Soul Vibration. Rounding out the ten on Ten are the easy-flowing dance groove fired “Bossa Go Go” (with DJ scratch effects behind Standring’s thoughtful lead guitar soloing; the moody, old school soul-jazz seduction “A Piece of Cake”; and a dark and hauntingly ambient final reminder that it’s “Never Too Late.”

After establishing himself as a popular mainstay in the contemporary urban jazz genre with infectious R&B driven hits like “Cool Shades” (from Velvet), “Hip Sway” (title track from his 2000 album), “Ain’t Mad Atcha” (2003’s Groovalicious) and “I Can’t Help Myself” (from 2006’s Soul Express), Standring decided it was time to push his muse into offbeat and uncharted territory. His appreciative fans, radio programmers and critics fully embraced Blue Bolero (whose single “Bossa Blue” was the #1 Billboard Contemporary Jazz Track of the Year) and Send Me Some Snow, an inviting holiday collaboration with award-winning pop/folk singer/songwriter Kathrin Shorr.

The guitarist grew up in the small town of Aylesbury in England, later studying at London College of Music (where he played with the National Youth Jazz Orchestra and received a Fellowship Diploma) and writing music for the BBC and for several theatrical orchestrations before moving to Los Angeles in February of 1991. After establishing himself on the competitive local contemporary jazz scene with extensive club gigs, he hooked up with Rodney Lee when the two played in Lauren Christy’s band. In 1996, Standring, working with Lee under the name Solar System, honed in on the R&B driven jazz sound that would become his trademark; their acid jazz-oriented self-titled album featured vocal covers of “Walk on the Wild Side” and “Me & Mrs. Jones.” After launching his recording career the traditional way, on established jazz labels, Standring started his own company Ultimate Vibe Recordings, on which he has released each of his albums since Love & Paragraphs in 2008.

Standring writes in his liner notes for Ten: “I wanted to make an album that got my jazz rocks off but was still accessible to people who weren’t musicians. Reflecting deeper on his mission, he adds, “I wanted this to be a passionate record, with a mix of ballads and upbeat songs that people could get into, kind of like George Benson once did with Breezin’. The fun part for me was letting go on the guitar more than ever and challenging myself to play over more complex chord changes, creating the perfect combination of jazz styles, from bebop to classic soul-jazz, with contemporary urban vibes.”

Chris Standring’s song – Is There a Doctor In the House? – can be downloaded here.