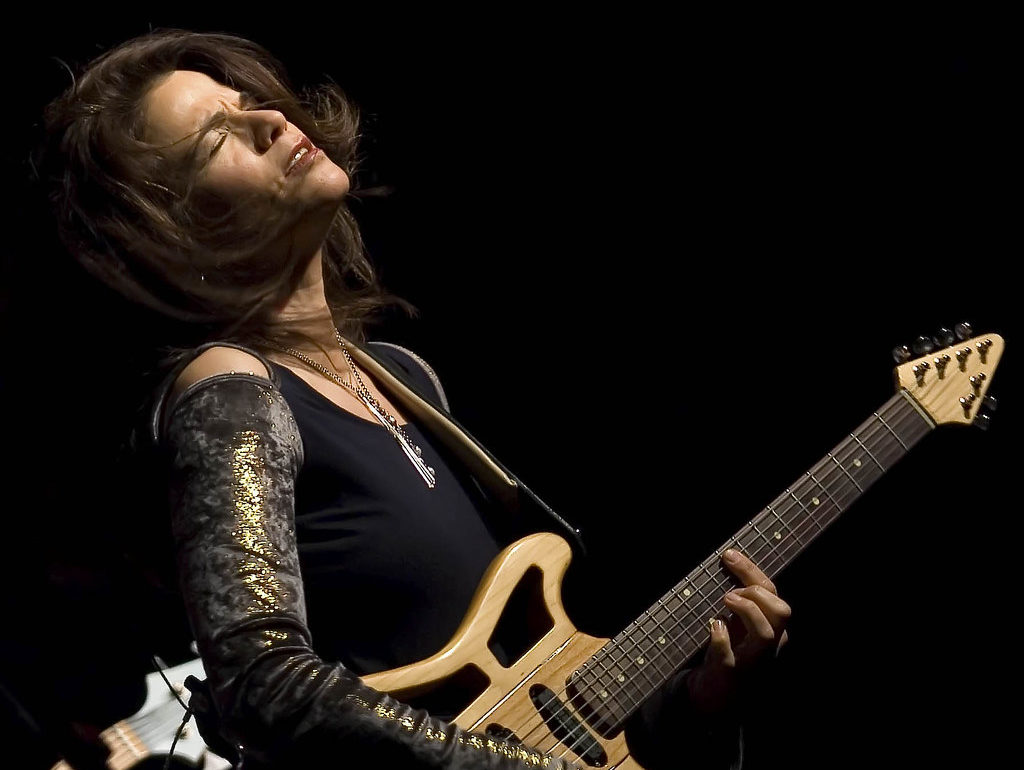 Guitarist, vocalist and songwriter, Joyce Cooling, is best known for her eclectic style and colorful body-moving sound. Funky, soulful, and always original, Joyce Cooling is recognized as one of the most dynamic contemporary jazz guitarists in the world.

Her latest EP, “Living Out Loud,” was released in September 2019 and rose quickly to #1 on the Amazon Jazz Best Seller list and remained there for a month. The first single, “It’s So Amazing” also hit #1 on Amazon Jazz. “Living Out Loud” quickly became the #1 “Most Added Contemporary Jazz Album” on Billboard and the single hit #1 on the Billboard Contemporary Jazz radio charts. The EP debuted at #3 on the Billboard sales charts and rose to #2 on iTunes Jazz. The second single, “Marina’s Dream” is now in the top 10 on Billboard”s Contemporary Jazz Radio charts and climbing.

Joyce, along with producer/keyboardist Jay Wagner, has recorded eight albums – six of which charted on Billboard. She has to her credit three #1 radio singles, eight top 10, and fourteen charting singles in all. She has garnered multiple music awards, including the Gibson Best Jazz Guitarist of the Year, Best New Talent in the Jazziz Reader’s Poll, and was a nominee for the California Music Awards. Joyce was named the Gavin Contemporary Jazz Artist of the Year and has been included in Trufire’s “100+ Gifted Guitarists” list.

Joyce has recorded and performed with such musical giants as Joe Henderson, Stan Getz, Charlie Byrd, Al Jarreau, and Lee Ritenour, and has been an international attraction for over two decades at major clubs and festivals around the world.