In a business where trends and artists come and go, Najee’s name is synonymous with innovation, consistency and the best in contemporary jazz. The visionary has enjoyed an enviable three-decade career by staying true to his own artistic vision. “Throughout my career, I have enjoyed working with diverse musicians in so many different musical contexts,” confides the two-time Platinum-selling and four-time Gold-selling multi-instrumentalist. “All of these experiences live inside you and they come out in your music. Honestly, if I were not able to mix it up, I would be bored.” Mentored by iconic saxmen Jimmy Heath and Frank Foster and flutist Harold Jones, the New England Conservatory of Music alum has worked with a who’s who list in music that includes Stevie Wonder, Quincy Jones, and Herbie Hancock. Najee’s anticipated 18th new recording, Center Of The Heart, (Shanachie, November 15, 2019) showcases his technical agility, grace, compositional prowess, unbridled passion and fearlessness genre-bending on ten thrilling tracks. Deftly wielding the soprano, flute, tenor and alto, Najee steers the ten-track excursion, showcasing moving originals, a hauntingly beautiful orchestration of a Bacharach/David classic, a sizzling reinvention of a Maxwell hit an unforgettable collaborations with singer Kenny Lattimore, pianist Greg Manning (Brian McKnight, Deniece Williams, Dave Koz, Jonathan Butler), saxophonist Darren Rahn (Wayman Tisdale, Toby Keith, Dave Koz, Jeff Lorber), and keyboardist/producer Demonte Posey (Eric Benet, Babyface, Toni Braxton). 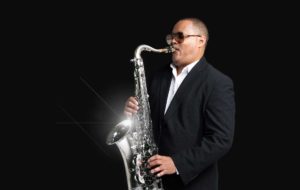 Najee is a master storyteller. Whether the debonair multi-instrumentalist is engaged in a verbal or musical conversation, his alluring charisma has a way of seducing you into his world. Center Of The Heart finds Najee doing what he does best – shape-shifting through diverse musical terrain and fusing all of the elements that have made him a fan favorite all of these years. The CD opens with the exhilarating and inviting “Bella Vista,” an original Najee penned with Demonte Posey that shines a spotlight on Najee’s dazzling, agile and pristine flute work. The album’s first single unites Najee with saxophonist Darren Rahn who co-wrote the track and who has previously produced for Najee and written hits for Dave Koz and Wayman Tisdale. “I went to Denver,” recalls Najee. “When we got in the studio I could not get Darren’s sax sound out of my head so I said ‘let’s do this one together’ and call it ‘Face To Face.’” Najee puts his own timeless and sensuous spin on Maxwell’s Sumthin’ Sumthin’ from the singer’s acclaimed Urban Hang Suite and he conjures up his own lush arrangement of Burt Bacharach and Hal David’s “Alfie” from the 1966 film of the same title that was scored by Sonny Rollins. Najee’s idea to play a flute instead of the often-recorded tenor saxophone on this track is genius. His impeccable phrasing, flawless tone and sense of timing on this gem almost make time standstill. His performance is breathtaking from the opening note until the end.

Center Of The Heart marks the first time that Najee has recorded with Grammy-nominated vocalist Kenny Lattimore. “Kenny and I started our careers around the same time and never did a record together even though we have been around the world together. We first met in 1998 when we both performed at Nelson Mandela’s Gift To the Nation concert in Johannesburg and Durban.” It is undeniable that Najee and Lattimore both get “Better” with time. The laid-back and in-the-pocket flow of “The Way She Moves” features Najee’s bluesy tenor while the soulful “One Note Love” is a family affair. The latter features Najee’s son, rapper Superb Clawson and his granddaughter is also heard on the track. The banger “Speak Love!” will have you confessing your love over the way Najee rides danceable grooves and elevates the mood with his joyful orchestration and jubilant melodic anthems. The album’s title track was co-written by and features bassist Blair Bryant, who has collaborated with Stanley Clark, Eric Roberson, and Bernie Williams among others. The euphoric and hypnotic feel-good track is an album highlight. Center Of The Heart Najee closes with “Tonight We Say Goodbye.” This bittersweet parting is a reminder of why we keep coming back for more.

“When I was about 14 I was playing on a school instrument and everyone in the house was covering their ears and saying “stop, stop!” My mom noticed that it was my thing and kind of my release and bought me my first saxophone,” recalls Najee. As I began to develop on my instrument, John Coltrane, Charlie Parker, Yusef Lateef and Hubert Laws on flute were some of the artists that inspired me. As an industrious and hungry young musician, Najee had the good fortune of coming through Dr. Billy Taylor’s now-legendary Jazzmobile program. While a student at the New England 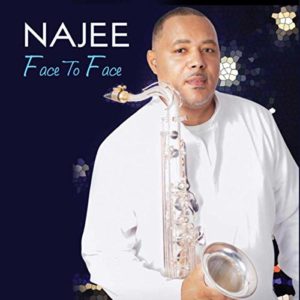 Conservatory (where both Najee and his brother attended) he studied jazz with George Russell and Jaki Byard. When he finished school Najee returned to New York in the early 80s and was lucky to land a gig with Chaka Khan along with his brother, guitarist Fareed (who is now his manager). In 1987 Najee’s Theme was released and the saxophonist earned a slot on tour with singer Freddie Jackson. The following year, Day By Day was released, and in 1991, Tokyo Blue, which is one of Najee’s most successful and enduring recordings. Tokyo Blue (which was produced by Najee’s brother Fareed) and Day By Day both went Gold and led to two Soul Train Awards for Najee (Best Jazz Artist in 1991 and 1993). Just An Illusioncame in 1992 and around this time he collaborated with such iconic figures as Quincy Jones and a collaboration with jazz greats Stanley Clarke, Billy Cobham, and Larry Carlton resulted in the album Live At The Greek. Share My World came in 1994 and was followed in 1995 by a critically acclaimed tribute to Stevie Wonder’s 1976 classic, Songs In The Key Of Life. The CD was produced by George Duke and featured Herbie Hancock and Sheila E. among others. His CD Morning Tenderness, released in 1998, went to #1 on the contemporary jazz charts. For Najee, the late ‘90s were marked by extraordinary international experiences, from performing at Nelson Mandela’s birthday celebration in South Africa to playing as a special guest of President Clinton at the White House at an event honoring President Jerry Rawlings of the Republic of Ghana. Najee also spent two years of touring (2001-2003) with Prince and appears on Prince’s albums Rainbow Children and One Night Alone. In 2003 Najee released Embrace, featuring special guests Roy Ayers and BeBe Winans. My Point Of View was his follow up in 2005 featuring his good friend and vocalist Will Downing. 2007’s Rising Sun joined Najee with Phil Perry and Mind Over Matter from 2009 paired Najee with singer Eric Benét. The Smooth Side Of Soul (Najee’s Shanachie debut) followed in 2012, successfully covering such diverse terrain as Jimmy Heath and Ne-Yo and the follow-up, The Morning After, arrived in 2013 debuting at #1 on the Billboard charts and exploring the many sides of love. You, Me & Forever was released in 2015 and united Najee with James Lloyd and Frank McComb among others. In 2017 Najee released Poetry In Motion, dedicated to the memory of Prince and Al Jarreau and featuring an all-star line up including Maysa, Will Downing, Eric Roberson, and Incognito.

“I’ve known real legends,” concludes Najee. “I remember watching Charles Mingus rehearse when I was a kid and meeting Sonny Rollins at 16. There is a saying about musicians. It says that we never retire – we just stop hearing music. I still hear music and I love working with people and that is what keeps me inspired.”

Najee’s tune – Face To Face – appears on his newest album “Face To Face.“ 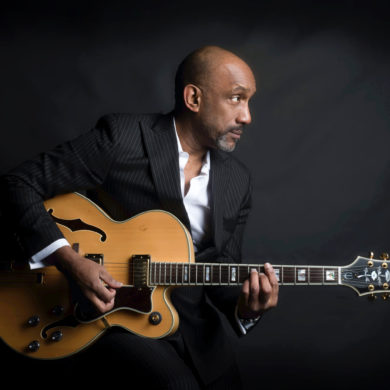