Can You Feel It

Paula Atherton is a jazz saxophonist and vocalist.

Some contemporary jazz artists just seem to carry a very valid “can’t miss” aura about them. The lovely and talented saxtress/vocalist Paula Atherton is certainly one of them in this writer’s humble opinion. Out with her fifth release, 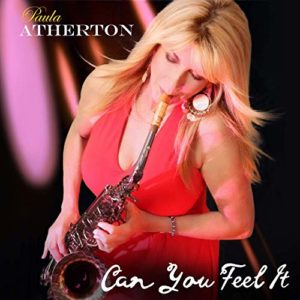 Shake It, she does, in fact, shake up the groove, the soul, and just plain comfy vibes nestled in all c-jazz fans. Of course, if you’re a fan of hers, you have come to expect this as simply part of her beautiful and powerful music and character.

Joining Paula here are cool guitarist Nick Colionne and The Rippingtons’ keyboardist Bill Heller, both of whom offer their writing skills to the project, as does guitarist Lou Giminez.

Here on Shake It, you have just gotta love the sassiness, the sultriness, the sexiness, the buoyancy of this music. It’s got everything you need for a satisfying listening experience and then some.

Take, for example, her very clever choice of a cover to kick off the album – War’s “Low Rider.” It’s got that slickness and that deep-down fire just right for starting a party like this. She then swings it out with an up-tempo finger-snapper called “Long Tall Cool One” that beckons you to the dance floor. Talk about sass and class. This one has that and more. She follows that with a tight and thick piece called “Into the Night.” It carries a bit of that old TV detective mystery series theme feel, and many of you will also hear some similarities to that classic Temptations’ “Papa Was a Rolling Stone” bass line. Serious yet fun stuff.

The saxtress also offers her sterling vocals as icing on the cake on tracks like the bluesy/soulful “Good Love Gone Bad” — certainly one of my faves here.

There’s plenty of funk to go around as she demonstrates on not only “Low Rider” but tracks like “All About the One” and the rousing title track (yeah, you just knew that one would be hot just from its title, right?). Adding to this is the Colionne-penned strolling track “My Song For You.”

Paula’s 3rd CD, “Enjoy the Ride,” had 2 Billboard charting singles. The first penned and co-produced by Nick Colionne, entitled, “Sassy Strut,” reached #15 on Billboard, and was on the chart for 15 weeks. The second was the Herbie Mann influenced flute feature entitled, “Herbie,” which reached #22 and was on Billboard for 7 weeks.

Her television work includes appearances on the Today show, Good Morning America, and Rachel Ray, with Michael Bolton, Paula also wrote the score for the independent film ‘The Definition of Insanity’. Paulas’ current and 5thCD, “Shake It” has many special guests, including Cindy Bradley (trumpet), Nick Colionne (guitar), Bill Heller (keys) from the Rippingtons, Dave Delhomme (Keys) from the Tonight show band with Ricky Minor and American Idol, Schuyler Deale (bass, co-producer) who performed with Jeff Lorber, among many other great guest artists! The first single, “My Song For You,” written and produced by Nick Colionne, reached #6 on Mediabase, #12 on the Smooth Jazz Network, and #16 on Billboard, and was on Billboard for 12 weeks. Paula was featured on Cindy Bradley’s single on Trippin’ ‘N’ Rhythm entitled, “Girl Talk.” It reached #2 on Billboard Oct 2017.

Paula was featured in 2018 on the “Ones to Watch” segment of the Dave Koz radio show and was interviewed by him. Paula was also nominated as one of the top 10 breakout artists of 2018 by Allen Keplers’ Smooth Jazz Network. Paula performed at the Hot Smooth Jazz festival in Madrid, Spain, in April 2019 at Maria Guerrero theater. Other 2019 performances include Jacksonville Beach Jazz series, Dauphin County Jazz Fest, Potomac Jazz Festival, Brass City, Grand Rapids, and Legacy Jazz Festival.

Download Paula Atherton’s Single “Can You Feel It” Here. 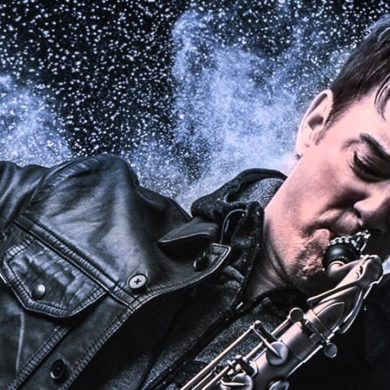