Caught Me By Surprise

Vincent Ingala is a contemporary/urban jazz multi-instrumentalist. The tenor saxophone is his main instrument of choice. He has released 6 albums, his most recent being released on February 21, 2020. 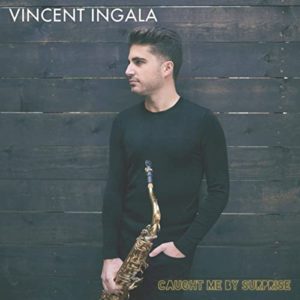 A gifted saxophonist, Vincent Ingala makes warm, soulful, contemporary jazz and R&B. He debuted in 2010 at the age of 17 and has released a number of Top 30 Billboard Jazz Albums, including 2012’s Can’t Stop Now, 2015’s Coast to Coast, and 2018’s Personal Touch.

North End SoulGrowing up in a large Italian family in Prospect, Connecticut, Ingala was exposed to his family’s love of soul, jazz, and R&B. A musical prodigy, he started out on drums at age four and was teaching himself Elvis Presley songs on the guitar by the third grade. However, it was the tenor saxophone, an instrument Ingala gravitated toward while also studying piano in the fifth grade, which became his passion. He began performing locally and eventually attracted the attention of professional players, including smooth jazz star Dave Koz, who invited the then-16-year-old Ingala to join him on-stage. A year later, he recorded his first album, 2010’s North End Soul. Ingala toured extensively behind the album and quickly built a loyal fan base.

Christmas two years later, he returned with his sophomore release, Can’t Stop Now, which begat two Billboard Top Five singles and became a Top 30 jazz album. In 2015, Ingala returned with his third studio effort, Coast to Coast, inspired by his move to California. It reached number 12 on the same chart. The seasonal album Christmas followed in 2016. In 2018, Ingala made his Shanachie Records debut with Personal Touch, his first Top Five jazz LP. Included on the album was the track “Snap, Crackle, Pop,” which peaked at number one the Billboard Smooth Jazz Songs chart. The saxophonist’s second album for Shanachie, Echoes of the Heart, arrived in 2020 and featured a cover of Amy Grant’s ’90s hit “Baby Baby.” 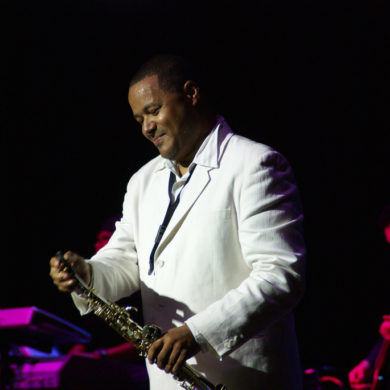